Europe is Bigger Than You Think

Most of you probably have limited vacation time. You have two, maybe three weeks, vacation time if you live in the US. So it’s understandable that you want to use that time wisely and pack in as much as possible when you travel to Europe. But Europe is bigger than you think. Here’s why you shouldn’t try to see it all in one trip. 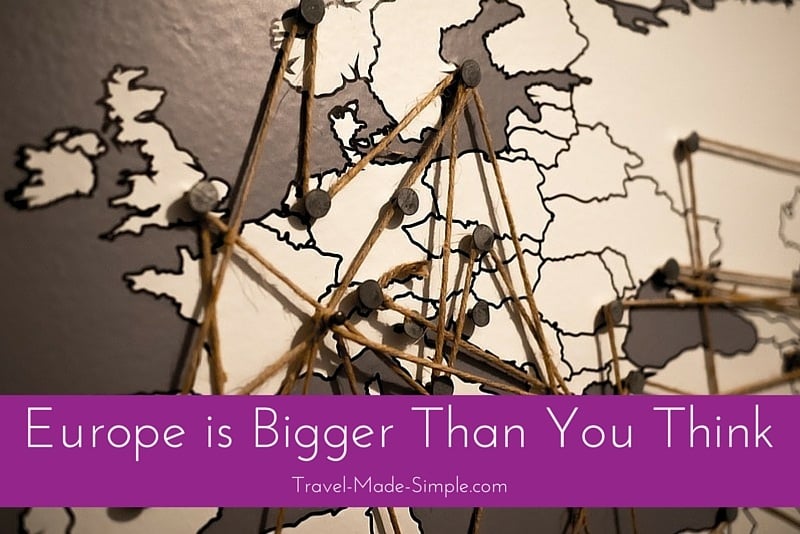 Looking at the map

I found this fun website that lets you overlay different maps on top of each other. It didn’t have continents, but I was able to say that I wanted to put a map of the US over a map of Germany, and it shows the outline of the continental US over Europe.

The site is here if you want to play with it, but below is a screenshot of what it looks like. (Note: It is not lined up as far as latitude. The long, straight border between the US and Canada would actually be just a bit north of Paris.) 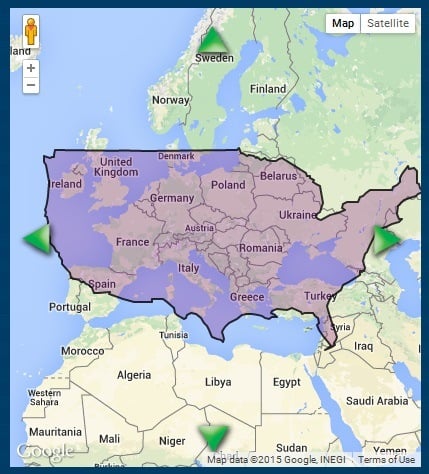 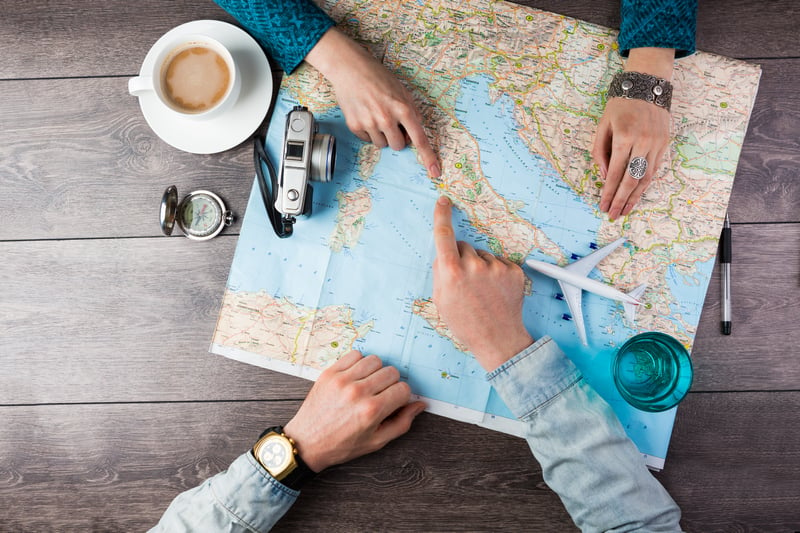 The countries in Europe are a lot smaller than countries like the US or Canada, so it’s easy to look at a map and think it’s not too far to get from one city to the next. But here are the distances: 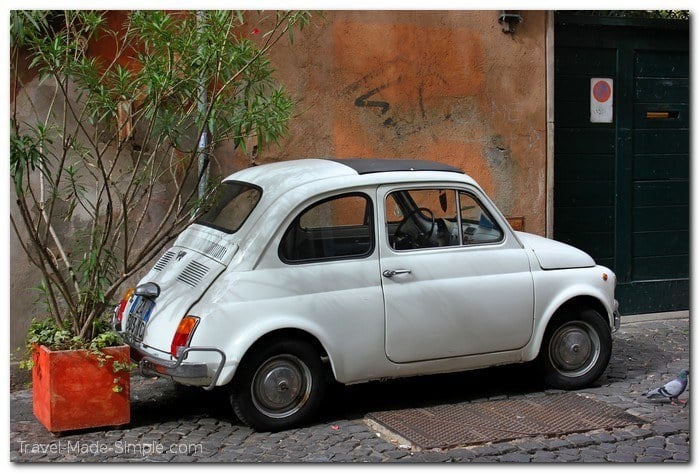 For a little perspective, here is an itinerary in the US with similar distances:

Would you try to tackle a trip like that in two or even three weeks? Probably not. So you might not want to try to do it in Europe either. 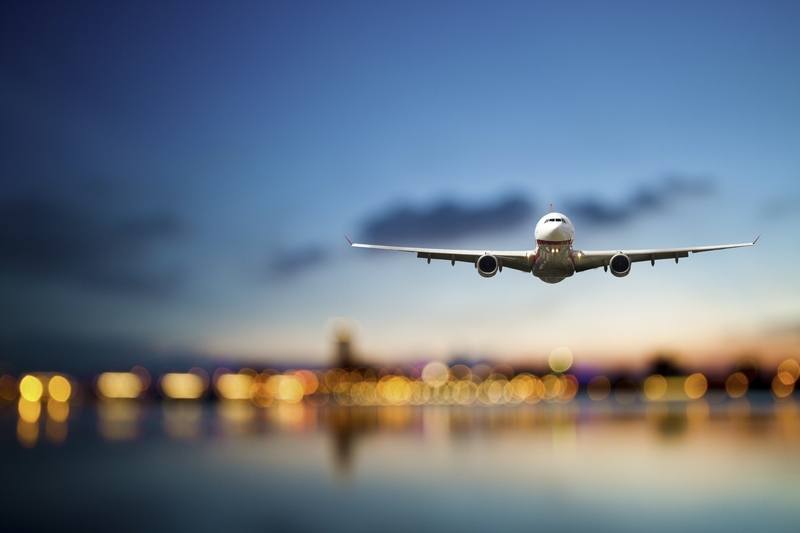 You’ll lose a lot of time in transit if you spend two weeks bouncing between five cities. Even if a two hour flight doesn’t seem like a lot of time, you’ll spend a lot more than just two hours in transit.

Remember that you have to be at the airport an hour or two ahead of your flight, and it takes time to get to the airport. Then you have to account for time once you land to find your luggage and get into the city.

If you’re flying between a non-Schengen and a Schengen country, you’ll have to deal with passport checks, customs and immigration as well.

Trains are a good option for watching the scenery, but they will take a fair amount of time too. Rome to Munich is 9-10 hours. Paris to Barcelona is roughly the same. The quickest option I found for Munich to Barcelona is 14 hours. 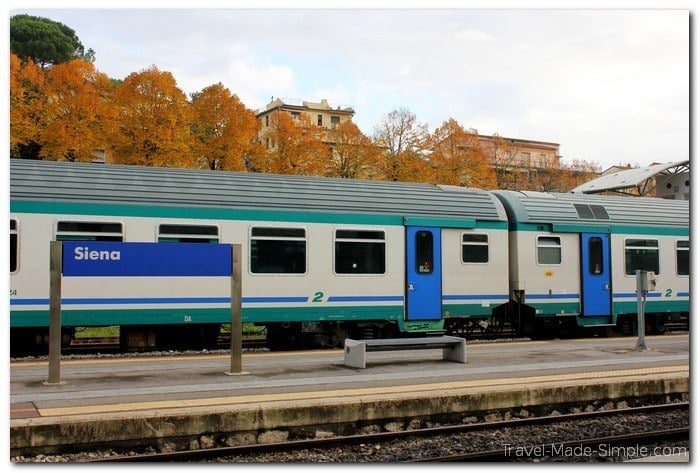 Stick to one country or neighboring countries

You could easily spend two or three weeks in Italy and only see a fraction of it.

Organize a two week itinerary of Germany and discover how varied a country it really is.

Or go island hopping in Greece for a few weeks.

Interested in Amsterdam? There are several great cities in the Netherlands and neighboring Belgium to keep you entertained for a few weeks. 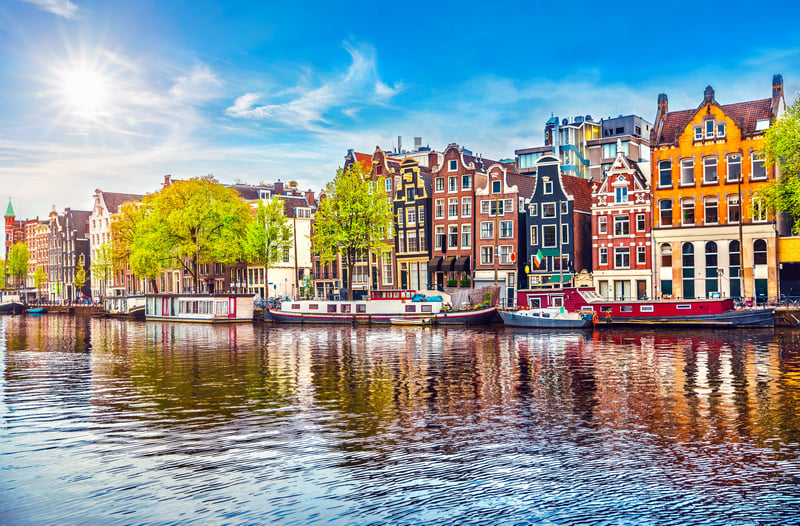 The countries in Europe are smaller than the US and Canada. But they’re still bigger than you think they are.

The population of Europe (not including Russia) is almost twice the population of the US, so it’s more densely populated. There’s a lot more to see and experience in any one country than that one big city you’ve heard of.

Europe is bigger than you think it is. Take your time, slow down, and enjoy your trip instead of trying to see an entire continent in two weeks. 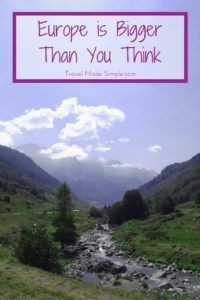