What is it Really Like to Stay in a Hostel?

Many people avoid hostels in favor of hotels because they don’t fully understand what a hostel is like. But they can often be a fun, unique, and inexpensive place to stay while you’re traveling. The quality and characteristics of hostels vary widely, so do your research. Here’s what it’s really like to stay at a hostel.

What is a hostel?

Hostels are a different type of accommodation than hotels. Usually hostels are more budget-friendly and are more basic. They’ll have fewer amenities than hotels do, which cuts down on costs.

Hostels are well-suited for people who don’t need high luxury. But don’t be fooled, hostels can be quite comfortable!

Another big difference between hostels and hotels is the room types. While almost all hotels have private rooms with private bathrooms, hostels have dorm-style rooms. This means there are several beds in a room, and you book a single bed.

You’ll end up sharing the room with other people, and there will be shared bathrooms. Sometimes there’s one bathroom per dorm room, while in other hostels there are shared bathroom facilities down the hall.

Hostels can be a great option for younger travelers who are on a tight budget or are traveling for longer periods of time. They’re also great for solo travelers who want to meet other people.

But hostels are not exclusive to young people. Many travelers who have left their 20s behind still enjoy staying at hostels for the social atmosphere.

While hostels will usually be cheaper than hotels, they will usually be rich in experiences. Keep reading for more details about what a hostel is and what it’s like to stay in a hostel for the first time.

It just might turn out to be your new favorite type of lodging.

In a typical hotel, your room will probably have a television and toiletries. Maybe even a coffee or tea pot. In general hostels don’t provide these.

But since you’re on vacation to see a new place, you don’t really need a TV. And it’s not much of a burden to bring your own travel-sized toiletries.

Towels are another thing that can vary from one hostel to another. Many provide you with a towel at no charge, though they won’t replace it every day as they do in hotels.

However, sometimes you will come across a hostel that charges a buck or two for a towel, or even a deposit for the towel that you’ll get back when you return the towel at the end of your stay.

Slightly annoying and almost feels petty, but in the end it’s not that big a deal. Either pay the fee or bring your own towel. I personally would just pay the fee to avoid adding more things to my luggage.

Many hostels also won’t provide a hair dryer. However, like most things, this varies. I once stayed at a hostel in Melbourne, Australia that had all female dorms and there was a hair dryer in each dorm’s bathroom.

Many hostels have communal kitchens where budget travelers can cook instead of eating out. Not only does this save money, but it’s one way you can meet other travelers, especially if you’re traveling solo.

Some hostels have a restaurant and/or bar attached as well. This can range from a simple cafe with sandwiches to a full menu of entrees, drinks, and happy hour specials.

There are even hostels that organize free or cheap meals if you sign up ahead of time. The hostel I stayed at in Copenhagen recently offered free dinner for a certain number of people who signed up first.

I’ve stayed at ones that held pizza nights where you had to order your pizza the day before and the price was nicely discounted, and others that organized cook-outs on holidays. Some hostels include breakfast or offer it at a charge, just like hotels do.

Mealtimes can be very social. Whether you’re traveling along or with other people, go hang out in the hostel’s bar or restaurant and strike up a conversation.

You could end up with a fun 30 minute chat or a new best friend. The best hostels can end up feeling like home. 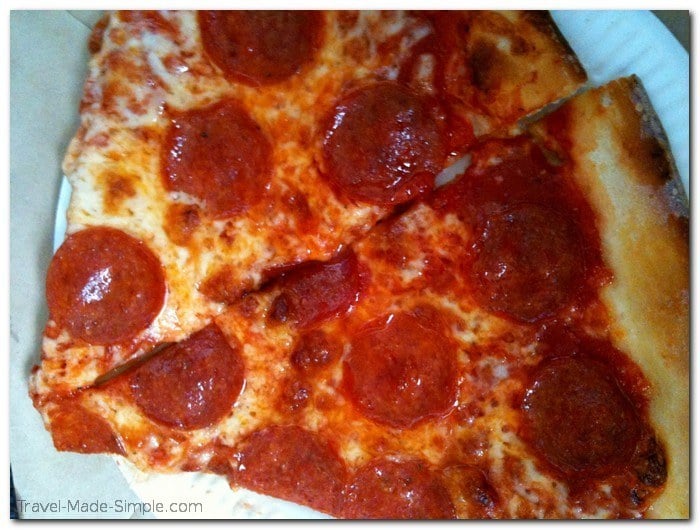 >>Read: Can you bring hand sanitizer on a plane?

If you’re traveling for a long time or packing light as I always recommend, you will probably need to do laundry. Some hostels have washers and dryers you can use for a fee, and others offer laundry services that are almost always cheaper that what a hotel would charge to wash your clothes.

Tours can often be booked through hostels as well. They want to help you see the area and they know the local operators. They can help you pick the right tours that fit with your interests and get you all set up.

Sometimes the hostels even give their own tours. The hostel I stayed at in Copenhagen gave free walking tours of the city, which is the perfect introduction to the city.

Types of rooms in hostels

This is where people usually get turned off by hostels. The idea of sleeping in a bunk bed and sharing a room with five or 10 other people just does not appeal to a lot of people.

Dorms work best for younger travelers and those who are on a tight budget. Sometimes dorms are mixed, but often there are single sex dorms if that makes you feel more comfortable.

But guess what? Dorms are not the only option at many hostels! Many hostels have single, double, and triple rooms.

Solo travelers who want their own space can get a room to themselves. Couples or friends traveling together can get their own room too. 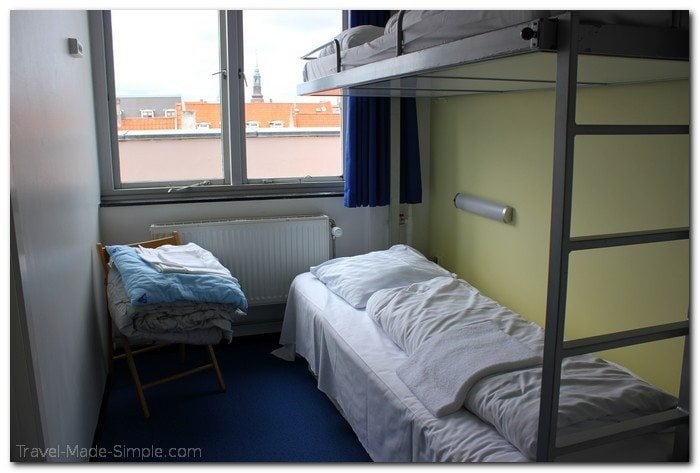 Bathroom facilities are another aspect to look at when considering a hostel. They can range from communal bathrooms shared by many people on one floor to a bathroom that’s only shared by the people in your dorm room.

If you’re staying in a private room, sometimes you’ll have to use a shared bathroom, but often hostels have rooms with private bathrooms as well.

If you have a private room with a private bathroom, a hostel simply ends up feeling like a bare bones hotel with a more social atmosphere. Sometimes you won’t even be able to tell you’re not in a hotel!

>>Read: Best Cities in the Mediterranean

For as many reasons as there are to give hostels a try, they just won’t work for everyone. If you’re used to a little more luxury and having things like a TV, complimentary shampoo, room service, and a bellhop, you probably won’t be comfortable in a hostel.

Age can sometimes play a factor in whether or not you will enjoy staying at a hostel. Most, but certainly not all, hostels cater to a younger crowd.

That said, I once stayed at a hostel in New Zealand where I was the youngest person in my 4 bed dorm room for a week. At the time, I was 31 years old, and the other women were in their 40s and 50s, one was even on a business trip. Go figure.

If you’re traveling with a family, quieter, more family-friendly hostels sometimes have family rooms or a room with several beds you can book as a whole, and it ends up being much more cost efficient.

If you’re not 20 years old and looking for a party, read reviews and descriptions carefully. Hostels with nightly drink specials, organized pub crawls, and costume or theme parties will be miserable for you.

But some hostels specifically state that they are a quiet place without all the chaos. On the other hand, if you’re young, traveling solo, and hoping to meet people, a more social hostel will be perfect for you. 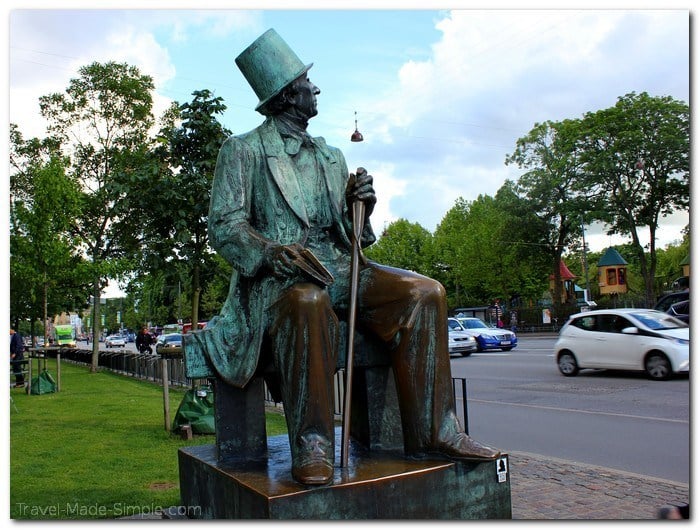 As with hotels, be sure to read the reviews to find a hostel that best fits your needs. Check the location, the amenities, the extras, and what the overall atmosphere seems to be. Don’t be afraid to give it a try and see for yourself what it’s really like to stay in a hostel!

Thank you to the Copenhagen Downtown Hostel for recently hosting me in a private room at their hostel. The activities, free walking tours, and central location made it an excellent place to stay.

Book a night at the Copenhagen Downtown Hostel here! 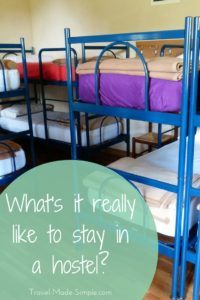