What to Expect on a Food Tour

Every food tour is different and even different guides running the same tour can have a different spin or a different favorite restaurant, so it is hard to generalize. However we have taken many food tours around Europe, and even a few in the US, and they all have a similar structure. Curious on what to expect on a food tour? 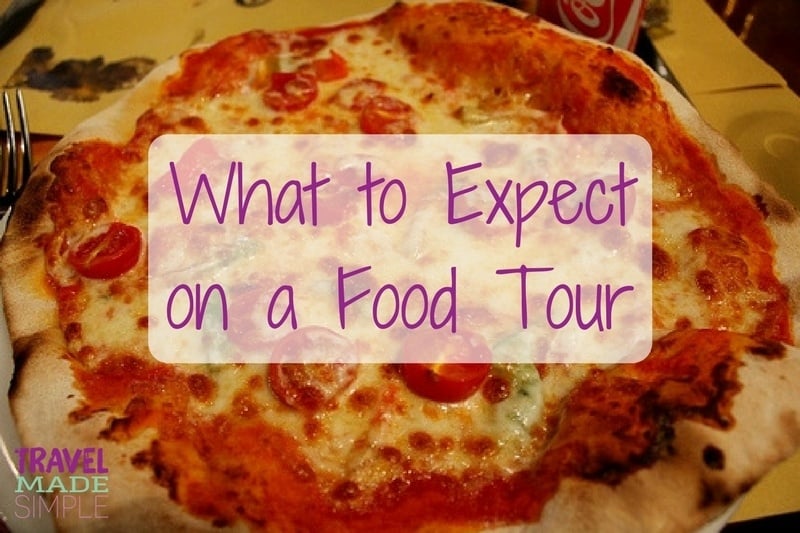 What is the difference between a food tour and a walking tour?

A walking tour will tend to have a group of people following a leader around, looking at specific sites, hearing about history of of those sites and of the city in general.

A food tour involves walking around a neighborhood, going into shops and restaurants to try various foods, and hearing both about the foods themselves and how they fit into the city’s culture.

A food tour is often a smaller group of people, but also tends to cost more. That cost goes into the multiple food tastings along your route.

Food tours can still have a healthy component of walking involved, but this is ok. That time is useful to digest and spread out the amount of food. Think of having a multiple course meal spread out not only over several hours, but a number of locations.

There is usually plenty of food to go around. On average on the tours we have been on have 6-7 stops, each with a small plate of food.

You start at the first place and think that such a small plate won’t be enough, but after the 5th stop you start to wonder if you have enough room in your stomach.

A word of wisdom here, don’t overeat on breakfast and don’t plan a big dinner after your tour. You want to have lots of room for all that tasty food! 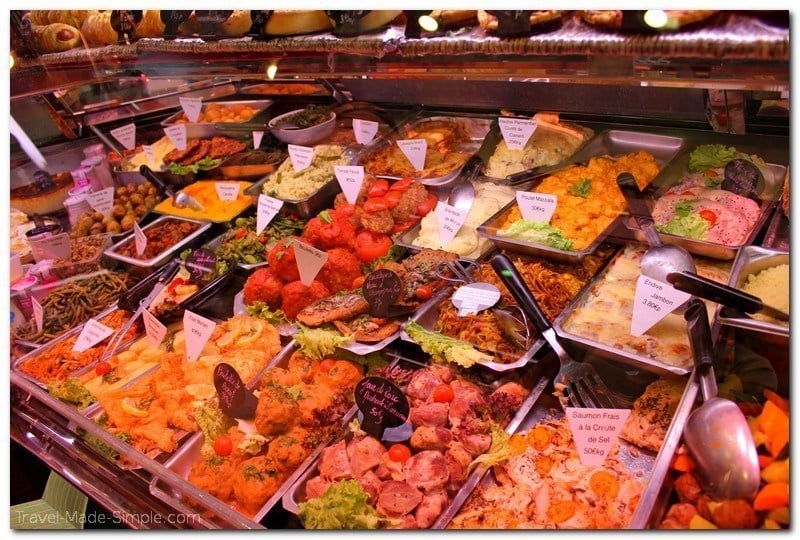 Pace yourself on your food tour

A typical tour meets at a specific place, often a cafe or a market. You start off with introductions and hear a bit of background about the city. Then the guide leads you through a number of stops.

These stops can be really anything from a market stall, to the back room of a butcher shop, to a takeout place to a real sit down restaurant. At each stop you will try a specific kind of food or drink, and the guide will usually explain why this place or food was chosen.

What a “stop” has to offer varies widely by tour. One tour in Rome we took had us in a cheese shop sampling a wide range of cheese to compare. A tour in London had a different single dish at each place.

A good point here is pace yourself. Don’t stuff yourself on the first few stops and then feel sick later. 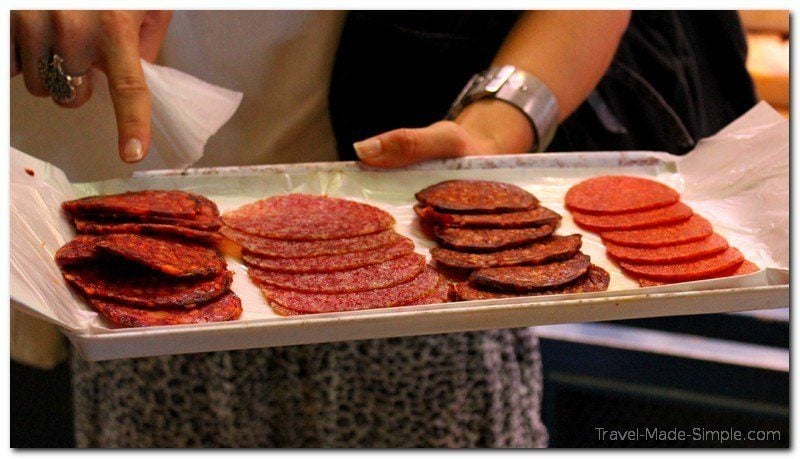 Non-food elements of a food tour

A good food tour should focus on the reason you signed up for it – the food! But the tour guide will often talk about other things as well.

Since you’ll be walking through different streets and neighborhoods, you’ll often hear about the history and culture of these areas. I’ve taken food tours that showed us different street art, churches, lookout points, and more.

Sometimes they tell you about a musical history of the neighborhood, or an important historical event that took place there. There are so many different parts of a city that can be woven into a food tour.

So even though I prefer food tours that focus heavily on the cuisine and its place in the local culture and history, I’m happy to hear about other interesting sights and non-food history along the way.

Purchasing things while on your food tour

While many of the stops involved are indeed shops selling their wares, most food tours don’t give much time to do shopping. Sometimes shopkeepers will give out coupons to come back to their store for a discount.

If you have your eye on a specific thing, just make a note of the store and come back later. This is our experience in Western Europe, but it could be different in other places.

Some of our favorite food tour companies are Eating Europe and Take Walks. We’ve taken several tours with each company, and they never disappoint.

Overall, expect to eat a lot and have fun on a food tour! Food tours allow you to taste the culture and the history that surrounds you. You might find a new favorite dish or a delicious dessert you never heard of before. So dig in!

Have you ever taken a food tour before? 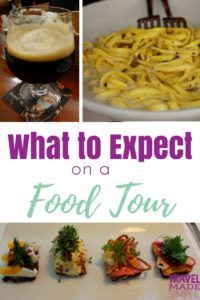