An Introduction to Brisbane and South East Queensland

Today’s post comes from Kristin of A Pair of Boots and a Backpack. Australia’s east coast attracts a lot of visitors, but deciding where to go can get overwhelming. To help you out, I asked Kristin to tell us about some of the wonderful things to do in Brisbane and South East Queensland.

Brisbane tends to have the reputation of being a ‘big country town’ but it’s so much more than that. Despite what some people from the cities in the south would say, Brisbane offers plenty of culture and activities to keep visitors occupied. Plus, it’s perfectly situated in among famous stretches of coastline, ancient rain forests, and gorgeous country getaways.

No matter what you’re looking for in your trip, it’s likely that you’ll find it close to Brisbane. Below are some suggestions for how you can spend your time in Brisbane and the South East Queensland region.

The CityCat ferry is always a good place to start your trip to Brisbane. Not only does it only cost one 2-zone public transport fare for up to 2 hours of riding (depending on whether you take in the entire route from UQ to Hamilton), but it also gives you a great way to get a feel for the city as a whole.

Places you’ll see that you’ll want to visit later include the Kangaroo Point Cliffs, which boasts a great view of the city and plenty of rock climbers scampering up its face, and the Riverside/Eagle Street Pier area, which looks out on the Story Bridge and features some of the best (and most expensive) dining in the city.

South Bank is a must-visit for everyone in the city. These parklands, originally created for the World Expo in 1988, are perched on the southern shore of the Brisbane River just across from the central business district.

The parklands are a great place for a picnic, and Streets Beach, the only “beach” (well, pools with sand next to them) in Brisbane is a great place to take a dip afterwards.

Also located in South Bank is QPAC, where you can see ballet, opera, or even a world tour of a musical (The Lion King will be playing there in late 2014).

Further along is the State Library, which features a number of places perfect for curling up with a coffee and a good book (plus free wifi), and the Queensland Museum which often plays host to touring exhibitions.

In September, Brisbane celebrates the beginning of spring with a month-long festival called the Brisbane Festival.

For three weeks, you can take in all sorts of shows around the city, including the nightly laser show. The festival goes out with a bang at Riverfire, where hundreds of thousands of Brisbanites line the river to watch a spectacular 20-minute fireworks show.

The Gold Coast, only an hour’s drive south of Brisbane (or 1.5 to 2 hours on the Gold Coast train line followed by a short bus ride), is the most famous stretch of sand in South East Queensland (with good reason).

The water is crystal clear and the surf breaks are so good that the surfing world tour stops here for the Quiksilver Pro every March.

Surfers Paradise is the most popular area of the Gold Coast and is where many tours — such as learn to surf trips and jet boat rides — leave from.

Unfortunately, the shopping- and nightclub-centric culture here can turn many people off. Those people may prefer to head further along the coast towards Burleigh National Park and Currumbin.

In Currumbin Creek, you can have a go at standup paddleboarding and other water sports. Not too far from the creek is the Currumbin Wildlife Sanctuary, which offers both day and night tours where you can get up close and personal with some of the native wildlife.

>>Check out the best things to do in Surfers Paradise if you’re traveling with kids.

The Sunshine Coast features some equally gorgeous beaches minus the high-rises. While some of the towns along the coast — especially Noosa — are very popular, they still seem calmer and more laid back than those along the Gold Coast. Plus, there are many significantly smaller hamlets, such as Peregian Beach, where you can getaway from it all.

Some must-sees here are:

Many spots on the Sunshine Coast are accessible via the Nambour train line from Brisbane, followed by a bus ride to locations such as Caloundra, Mooloolaba, or Noosa. This trip will take you about 2 hours from Brisbane (each way).

One of the best-kept secrets in South East Queensland is North Stradbroke Island. A favourite with locals, it’s a spot that not many visitors make it out to, which is a shame.

Only an hour on the train from the central business district followed by a 30-minute ferry ride and you’re on one of the world’s biggest sand islands. Straddie, as the locals call it, has a number of beautiful beaches, and it’s not hard at all to find a stretch of sand to yourself.

The Gorge Walk at Point Lookout is a must-see. Here, aquamarine seas smash against sheer rock faces. It’s gorgeous and a true testament to the power of nature. Between July-November, it’s also possible to stand along the edge of the gorge and see humpback whales frolicking at sea.

Not many people would come to Brisbane and think of visiting the rainforest, but they definitely should. The city is only a 2-hour drive from the Gondwana Rainforests of Australia World Heritage area, which encompasses some of the Gold Coast hinterland all the way down to Mount Warning in northern New South Wales.

The rainforests that are most easily accessible (by car — unfortunately very few tours are available) from Brisbane are Springbrook and Lamington National Parks.

Springbrook National Park sits on a mountain behind the central Gold Coast. Be sure you’re comfortable with windy roads because you’ll have to spend quite some time twisting and turning up the range; it’s absolutely worth it though for the spectacular walks and lookouts that await at the top.

From lookouts like the “Best of All” Lookout, you’ll be able to see all the way from the ocean beyond Coolangatta to Mount Warning and other remnants of the volcanic caldera in New South Wales.

There are also plenty of waterfalls to hike to, with popular options being Purlingbrook Falls and Natural Bridge (pictured above).

From both of these locations, you can do short to full-day hikes through the lush green rainforest, taking in the views of the many waterfalls along the way.

O’Reilly’s also offers birds of prey shows and wild lorikeet feeding. If you step into the ring with some food, be ready to be mobbed!

If you’re just looking for a country experience, South East Queensland has plenty of those on offer as well — not surprising since Brisbane is considered to be a big country town!

The Scenic Rim, which encompasses areas such as Moogerah, Boonah, and Mount Tamborine, is very popular with both Brisbanites and tourists.

While the Scenic Rim is more accessible if you have your own car, many day tours will take you to Mount Tamborine, which offers a bit of everything. There are many lookouts where you can take in the spectacular view looking inland (complete with paragliders jumping off the hill in front of you).

The Rainforest Skywalk will take you high up into the trees so you can take in the not-often-seen view from the canopy.

The “Gallery Walk” is also very popular and offers a number of arts and crafts stores and locally produced food stores.

Be sure to try the fudge at Fudge Heaven and the cheese and beer at Witches Chase Cheese and the Mt Tamborine Brewery! A number of wineries and cellar doors dot the top of the mountain as well.

Find the perfect tour for your trip to Brisbane here.

Not only does Brisbane have more to offer than you might think on first glance, but it’s in an area full of great spots just waiting to be explored. It’s unlikely that you’ll be able to cover all of these spots on one trip — especially if you’re combining it with trips to the southern capitals or up north to the Great Barrier Reef — but luckily you’ve got so many options that you’ll be able to fill a trip, no matter how long, with diverse experiences. 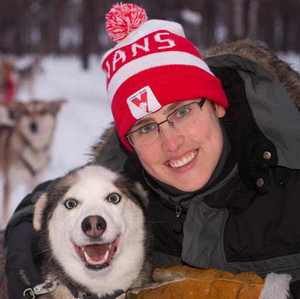 Kristin comes from a long line of expats, and she followed their lead by moving to Australia — the country that, at the age of 11, she declared she would move to “when I grow up.” She never feels quite right unless she has a plane ticket (to anywhere, whether it’s Sydney or Sweden) booked in her name. She writes about her travels and expat life at A Pair of Boots and a Backpack and can also be found on Facebook and Twitter.