Germany is bigger than you might think, so it’s important not to try to see the whole country in one visit. But if you’re planning to visit multiple cities, you’ll need to understand how transportation in Germany works. The country is very well connected through the train system, and recently a few bus companies have started up. It helps to look at how long it takes to get from one part of the country to another before you commit to a Germany itinerary, that way you can decide how much time you’re willing to spend in transit. 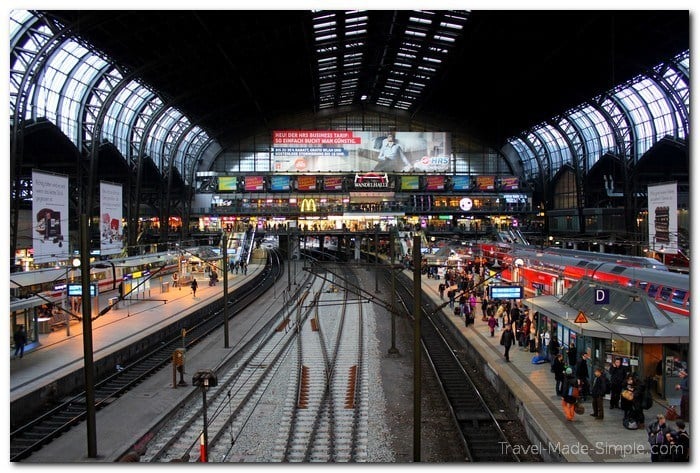 Traveling from one region to another is easier and more efficient using the fast long distance trains. These are marked as ICE, which are the fastest trains, and IC or EC, which are still fast but stop more often, and are best booked ahead of time. The ticket prices are more expensive if you book last minute, so if you know when and where you want to go, you can save money.

For reference, ICE means Inter City Express, IC means Inter City, and EC means Euro City. So usually the ICE trains are slightly faster and/or have slightly fewer stops than the IC trains. EC usually means the train is traveling to a city in another country.

To give you an idea of distances, here’s how long it takes to get between some of the major cities in Germany:

As you can see, there aren’t too many short journeys there. Berlin to Hamburg is the only one under four hours. So every time you change cities, you will spent half or even a full day in transit. Be sure to work this into your planning.

Germany has several regions or states. Traveling within one state can often be really affordable when you take the slower regional trains. Each state has a day ticket that allows you to travel on the regional trains and city public transportation with up to five people traveling together.

These tickets are valid from 9am to 3am the next day on weekdays, and from midnight on weekends and official holidays. You pay a base fare for one person and an additional rate for each person up to five, and you can book the day you want to travel.

The rail network is run by Deutsche Bahn, and you can book tickets online using the Deutsche Bahn website in English here.

You can also book tickets at machines, which also switch to English, in any train station. Most train stations will also have a ticket counter if you want to buy from a person, but they might not always speak English and sometimes there are extra charges involved.

Certain tickets, usually savings fares, will bind you to a specific train. You must travel on the exact time and route you have booked. The only exception is if you have a connecting train and your first train is late, causing you to miss your connection.

If you want more flexibility, book the standard fare which allows you to travel on a particular route but you are not bound to an exact time. You must still ride the same class of train as the ticket you have booked.

You don’t validate train tickets in Germany the way you do in Italy, but someone will come through and check your ticket almost every time, so don’t ride without a ticket. 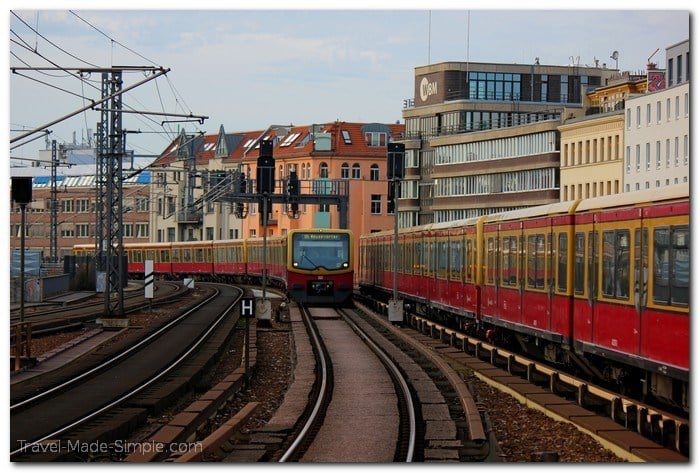 Recently a handful of companies have popped up that offer bus connections throughout the country. These are usually cheaper than the trains, though many routes take longer than the trains. Deutsche Bahn even has its own bus service for certain routes. It’s worth comparing the duration and cost of the bus routes to see if they’re worthwhile to you.

If you really need to save money, the longer route on the bus is the way to go. But if you don’t want to sit on a bus for that long, fork out the extra money for the quicker and more comfortable train.

Deutsche Bahn bus routes, where available, will show up when searching for trains. (There aren’t many.) But most bus routes in Germany (and many parts of Europe) are operated by FlixBus, or for a more comprehensive search, try Busliniensuche which tells you all the buses for the route you want.

Perhaps the best way to search for the best route and compare trains, buses, and flights is to use Omio. It’ll show you available routes by bus, train, and plane so you can see which is fastest and/or cheapest. You can even book your tickets there.

Unless you plan on visiting a tiny village, chances are you can use trains, buses, and public transportation, and avoid renting a car. Cities and even smaller towns have good public transportation options that will help you get to the sights you want to see. Look for day tickets and weekly tickets since they sometimes save you money. 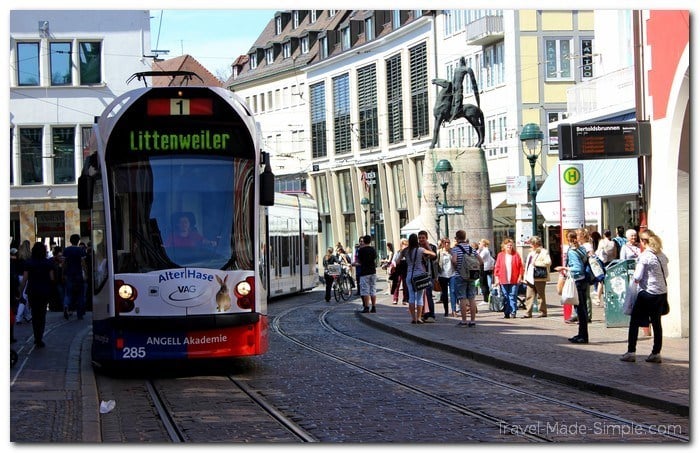 Transportation in Germany is organized, simple, and efficient. Trains are most popular, but there are now some good bus options to consider. Flights within the country are no more than two hours, but when you add in the wait time at the airport and the time it takes to get to the airport and back out on the other end, you’ll spend nearly as much time in transit as you would on a train, and with a lot more hassle. Research your transportation options while planning your Germany itinerary, and book ahead whenever possible to save money.