This is part of a series of interviews with inspiring travelers. Today I’m interviewing Gigi Griffis about her Quebec City food tour. See more about traveling with tours here. All photos provided by Gigi.

Hey there! My name is Gigi. I’ve been traveling internationally since I was 14. My first trip was to Australia and the main goal was to see a kangaroo (check).

I’ve been hooked ever since, so it makes sense that four years ago (May 2012), I decided to ditch my permanent address and take to the road full-time with my backpack, freelance writing business, and small dog.

For a living, I write books, blog posts, websites, and magazine articles. And for fun, I’m a reader, hiker, dancer, cook/foodie, and adventurer. I love trying new things, especially when it comes to food or the outdoors. 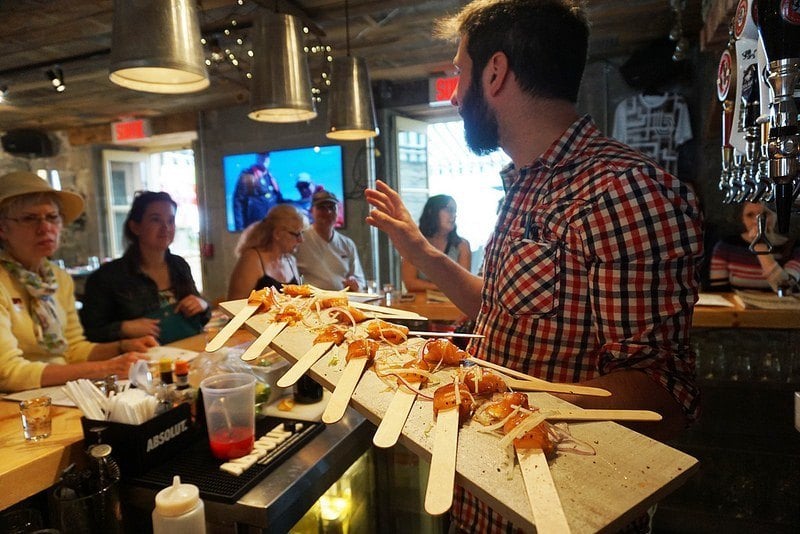 At the beginning of our summer cross-Canada road trip, we stopped in Quebec City in the east—a city that quickly became one of my Canadian favorites.

During our four days in the city, we (my partner and I) were invited on a food tour with Tours Voir Québec. We love food tours, so jumped at the opportunity.

The tour itself featured seven stops for everything from crepes to wine to the region’s famous poutine (pronounced “poo-tin,” like Putin). 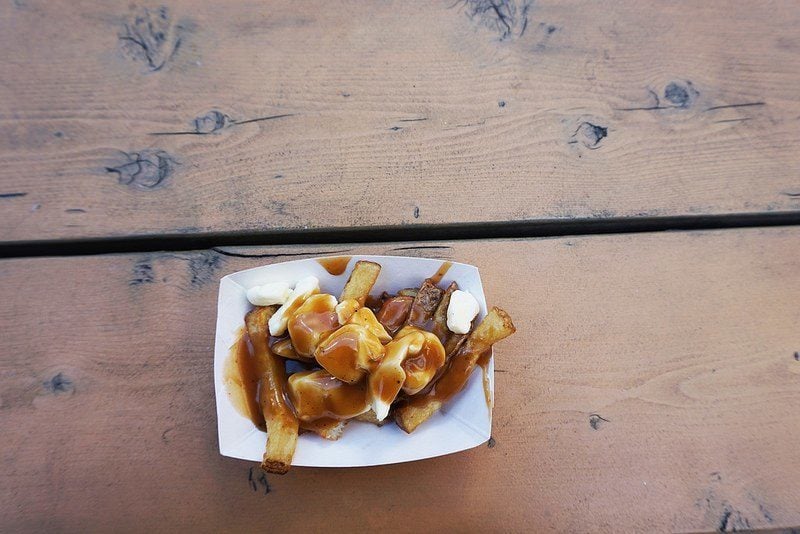 We were with Tours Voir Quebec on an invitation from the Quebec Tourism Office.

We did plenty of our own exploring in Quebec City, but we love food tours, as they always take us to places we probably wouldn’t have found on our own.

We definitely wanted to try poutine and it helps a lot when a local points you toward the most authentic spot in town. Same thing with other regional specialties like maple syrup.

What did you like about the Quebec City food tour? What was your favorite part?

I loved the little wine bar we went to. The place was super cute and the wine was spectacular. The fresh honey in the honeycomb at the end of one of the first stops was also a nice touch. 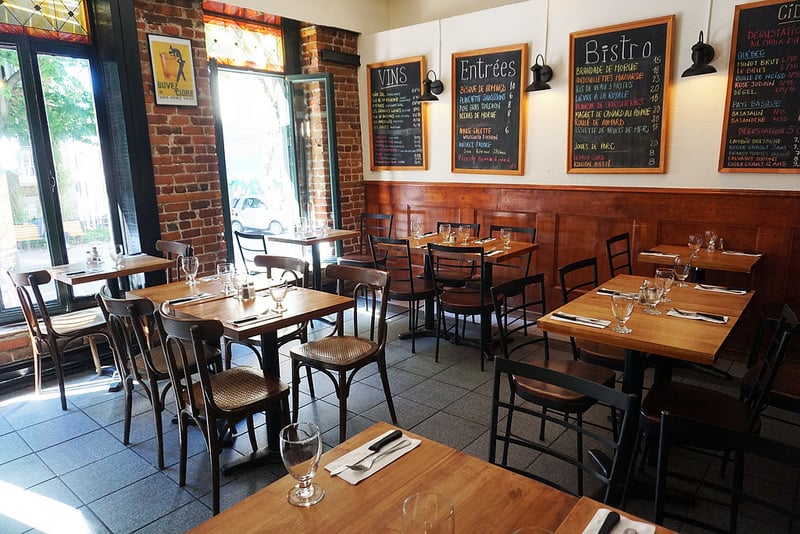 What did you learn about Quebec City from the tour?

For me, this tour was about the food itself, not the city. The most interesting takeaway was how to spot real poutine: real poutine is made with cheese curds, which don’t melt. That means if you’re eating poutine and the cheese is melted, it’s not the real deal.

What was your favorite food on the Quebec City food tour?

It was fun to try poutine, though it’s very fast-foody, so it’s not something I’d indulge in often.

What inspired you to take the Quebec City food tour or travel to the city? 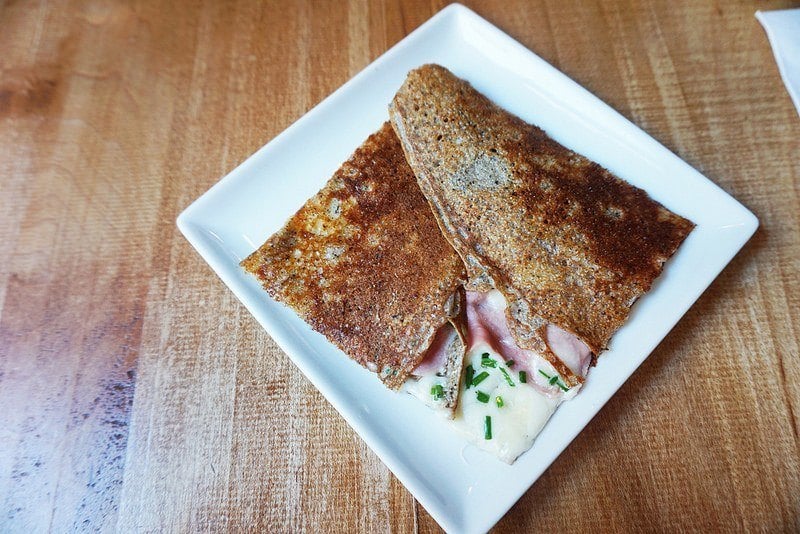 Would you recommend the Quebec City food tour? Would you change anything about it?

Yes and no. It’s nice to be escorted around and you’ll be especially glad to try poutine and that fabulous little winery.

But there isn’t anything truly unexpected on this particular tour, so you probably could duplicate the experience yourself, seeking out the best poutine recommendations and maple syrup and such online.

Sure. Food tours are always a good option for newbies. They’ll get you oriented to the place and help you figure out what you like and where to go back for more.

Bio: Gigi Griffis is a world-traveling entrepreneur and writer with a special love for inspiring stories, new places, and living in the moment. In May 2012, she sold her stuff and took to the road with a growing business and a pint-sized pooch. She’s blogs at gigigriffis.com and has authored 10 unconventional travel guides in the last two years. Check them out on Amazon here.

Gigi received a complementary tour but all opinions are her own. 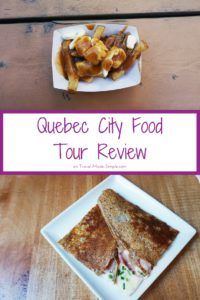