Can you bring makeup on a plane?

Can you take makeup on a plane? With all the different rules about what you can and can’t bring on a plane in your carry on, it’s no wonder we get confused about certain items.

As a carry on traveler, you might be wondering about TSA makeup rules and how they deal with makeup in carry on bags. It’s not as straight forward as you might like since the rules differ based on the type of makeup.

Keep reading to find out, can you bring makeup on a plane? 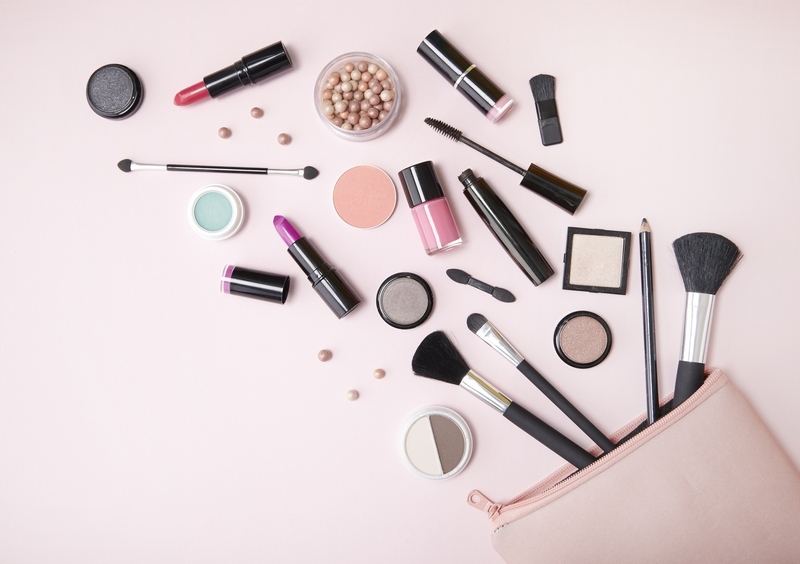 Can you take makeup on a plane?

If you regularly travel with makeup in your carry on bag, this is an important question to answer. First, it’s best to look through your makeup and determine which items are liquid and which are not.

Any liquid toiletries or makeup will have to abide by the TSA liquid rule. This means that each makeup container must be 3.4 ounces (100ml) or smaller, and all containers must fit inside a one quart (one liter) clear zip top bag.

The solid makeup is easy. Standard lipstick is allowed. Eyeliner pencils are permitted. All your makeup brushes are fine. Powdered makeup is allowed but can get a little more complicated. Read on to see why.

Can you bring powder makeup on a plane?

The quick answer is yes, you can take powder makeup in hand luggage.

But even with your non-liquid makeup, there are things to consider with the new TSA powder rule. The TSA powder rule means that any powder-like substances over 12 ounces (350ml) could be subject to further screening. 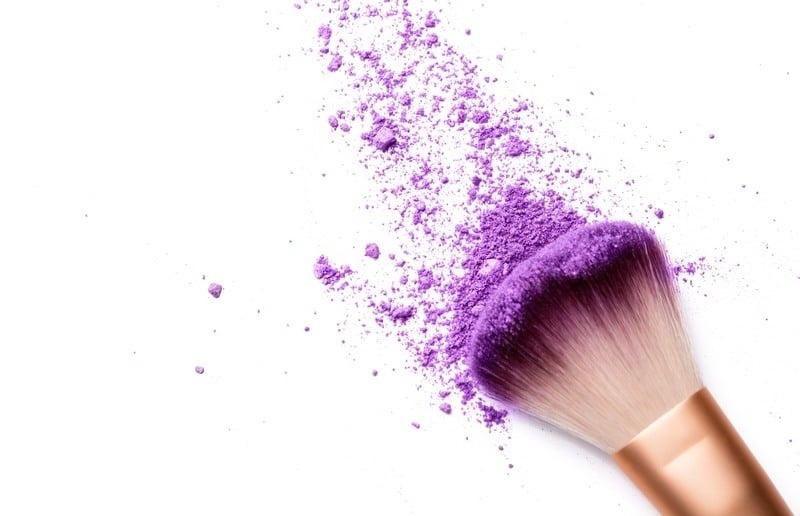 Powders are still allowed, and according to TSA, you don’t even need to take them out of your bag for separate screening unless they are over 12 ounces (350ml).

That said, on a recent flight I had salt and pepper shakers in my carry on, which were clearly smaller than 12 ounces, and TSA removed them to do further screening.

Afterwards they did allow me to keep them, but apparently this extra screening was because they were considered powders.

So be aware that TSA could decide to pull your carry on bag aside for more screening procedures if you’re traveling with powders, including powder makeup that is clearly smaller than 12 ounces.

But as long as you’re not actually trying to sneak in something illegal, you shouldn’t have any issues other than a few extra minutes spent at the security checkpoint.

I have seen many airline websites that state that powders above 12 ounces (350ml) are not permitted in carry on bags, only in checked baggage. This is actually stricter than what TSA says.

Here’s what the TSA website says about bringing powders and powdered substances in your carry on baggage:

“Powder-like substances greater than 12 oz. / 350 mL must be placed in a separate bin for X-ray screening. They may require additional screening and containers may need to be opened.

For your convenience, we encourage you to place non-essential powders greater than 12 oz. in checked bags.”

So if you do have powders that are above that limit, and your airline’s website says they are not permitted, you’ll have to make the decision on who you want to listen to.

I personally would go by the TSA powder rule, since they’re the ones screening the luggage. But I can’t make you any guarantees.

In any case, your powdered makeup is unlikely to be above the 12 ounce (350ml) limit.

>>Read: Can you take wipes on a plane? Plus how to disinfect your airplane seat!

Can you take makeup in hand luggage if it’s liquid?

Again, liquid makeup is allowed in carry on luggage as long as each container is 3.4 ounces (100ml) or smaller and is stored in your 1 quart (1 liter) clear zip top liquids bag. 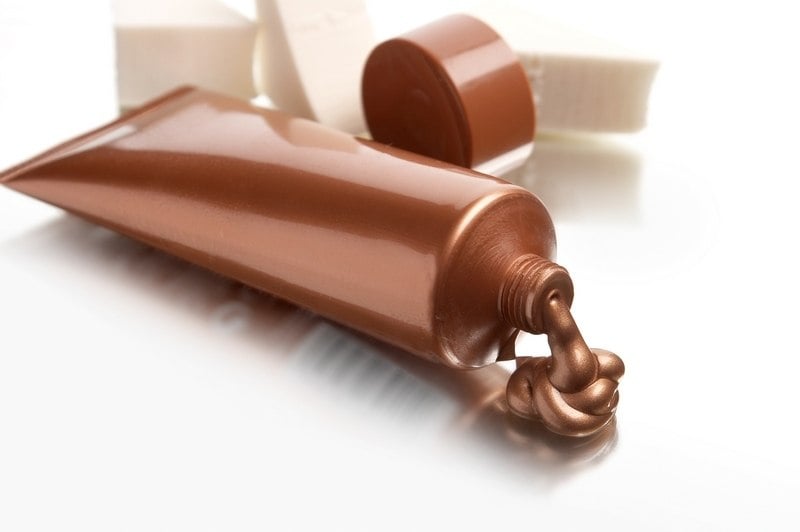 If you’re traveling with liquid foundation, liquid lipstick, nail polish, or any other liquid makeup, make sure your containers are small enough and pack them in your liquid toiletry bag.

Don’t forget the mascara! This is one people often forget, but mascara is considered a liquid, so be sure to pack it in your zip top bag to avoid hassles at security.

Whenever possible, it’s best to bring solid makeup in carry on bags to limit the number of liquids you have to deal with when traveling.

Can you bring perfume on a plane?

Since perfume is a liquid, the answer to the question, “can I bring perfume on a plane?” is yes, to a point.

Like other liquids, your perfume bottle must be 3.4 ounces (100ml) or smaller. Don’t bring a bigger bottle of perfume in your carry on or it will be confiscated!

Try to find smaller travel sized perfumes. Better yet, look for a solid perfume stick to travel with. Check out all the different options on Amazon. 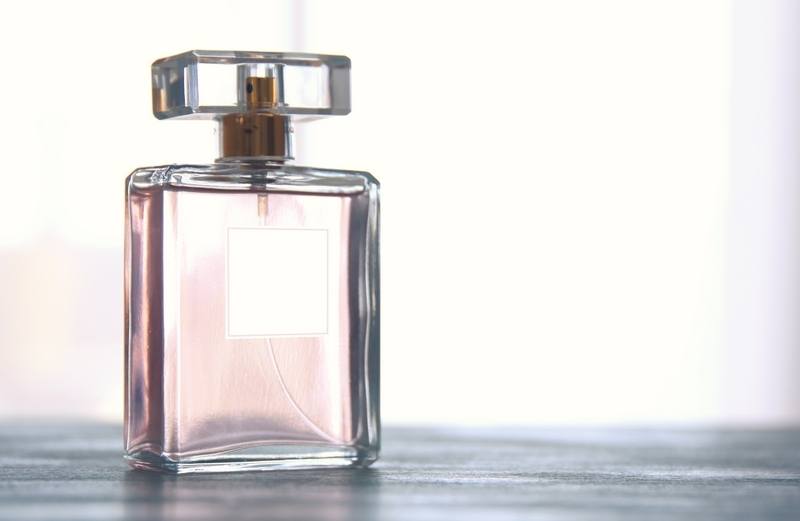 When traveling with perfume on a plane, also be aware that perfume can be an irritant for some people. Being stuck on a plane for hours next to someone wearing perfume can be stifling for someone with a sensitivity or allergy.

Please be considerate and go easy on the amount of perfume you wear, or better yet, skip it altogether until you get to your destination.

>>Read: Can you take aerosols on a plane?

Can you bring nail polish on a plane?

Since nail polish is a liquid, the answer to the question, can you take nail polish on a plane, is yes. As long as it’s less than 3.4 ounces and fits in your liquids bag, you can bring your nail polish.

Most bottles of nail polish are much smaller than this limit, so that shouldn’t be a problem. If you’re also traveling with nail polish remover, that bottle must also fall within the TSA liquids limit.

But please don’t paint your nails while on board the plane. Nail polish has a rather strong smell, and like with the perfume, this could easily irritate the people around you.

Plus, can you imagine hitting turbulence while painting your nails? Not a pretty sight.

Can you bring a nail file on a plane?

You never know when you might chip a nail, so a nail file is something most of us want to pack when we travel. Luckily, nail files are allowed in carry-on luggage, even the metal ones, according to TSA.

However, since the decision rests with the agent you get that day, I’d skip the metal nail file just in case some overzealous officer decides it’s too sharp.

>>Read: Can you bring a razor on a plane?

Can you bring nail clippers on a plane?

Nail clippers are another item that’s probably in your makeup bag. They do technically cut, so there might be some concern about whether they are allowed in your carry on bag.

Rest assured, you can take nail clippers on a plane in carry on luggage. I mean, it would be pretty tough to use them as a weapon, right? 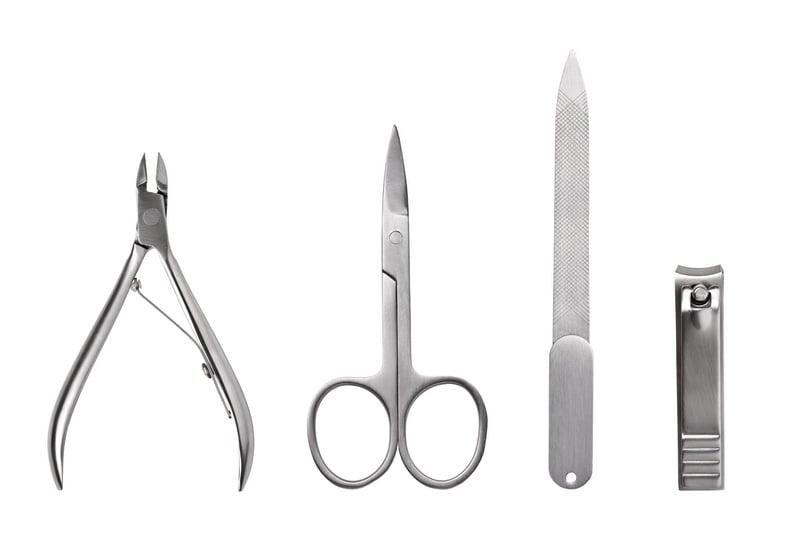 Nail scissors are a different issue though. TSA says nail scissors in carry on must be less than 4 inches from the pivot point.

But be aware that different countries might be more strict about traveling with scissors. I have had my little nail scissors confiscated in another country, so now I don’t travel with them anymore.

Also, be aware that the length allowed for scissors in carry on varies from one country to another. Some countries only allow scissors that are less than 6cm from the pivot point, which is only a little over 2 inches.

>>Read: What to Pack For a Trip: Travel Packing Checklist for Carry-On Only

Can you bring tweezers on a plane?

If you regularly use tweezers as part of your beauty routine, you might be wondering, can you take tweezers on a plane?

Presumably since they aren’t really sharp and would be rather difficult to use as a weapon, TSA says you can bring tweezers on a plane in carry on.

If you decide to pack anything sharp, like nail scissors, regular scissors, or even tweezers, in your checked luggage, make sure they are sheathed so they can’t accidentally poke through your luggage and injure a baggage handler.

Hopefully this answers all your questions about whether you can bring makeup on a plane! 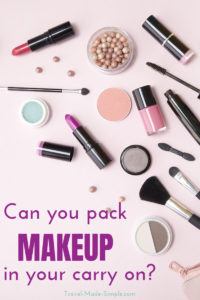 - Carry-on Luggage Size Chart
- What NOT to Pack in Your Carry-on
- Best Carry-On Toiletries
- What to Pack for a Trip
- Can you take disinfectant wipes on a plane? Plus how to disinfect your airplane seat!