Bosnia and Beyond: Balkans Tour Review

This is part of a series of interviews with inspiring travelers. Today’s interview comes from Candice Walsh about her Balkans tour. See more about tours and traveling with purpose here. All photos except title image provided by Candice.

I’ve been fully location independent for over 5 years but have spent most of my time in Europe. I’m addicted! I love the Balkans especially, as well as Ireland and Greece. I’ve also been to Central America and South America, and I hope to tackle Asia next.

I did a tour through the Balkans last year – from Greece to Albania, Montenegro, Bosnia and Herzegovina, and Croatia. 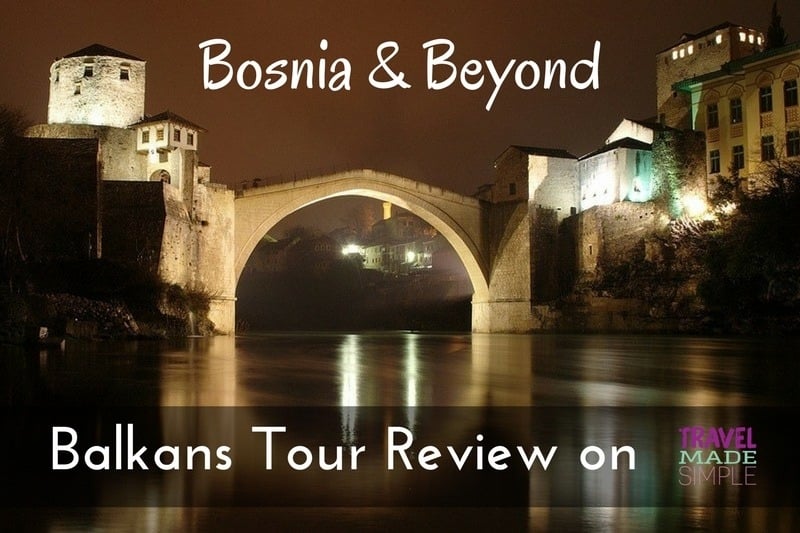 I went with Med Experience. I actually went because I was in Greece at the time but I won a free trip via Facebook to Bosnia and Herzegovina.

But it was difficult to find a cheap/easy way from Greece to there, so I talked with the tour operator and they suggested that I hop on their tour from Athens to Croatia where I’d begin my Bosnia trip. So I bought the package and went on my way.

Why did you choose a tour instead of traveling independently in the Balkans?

It was actually just more convenient for me. The flights from Greece to Croatia were crazy expensive, and I was intimidated about travelling through Albania on my own (although there was no need to be).

But I was also looking to meet people. I had spent so much time in Greece during the off-season that things were getting to be a little lonely!

What did you like about the tour? What was your favorite part?

Both tours I went on were really small – my second tour had just five people! We were all around the same age, and we were instantly best friends. We all still keep in touch today.

Up until then I also had no real interest in Bosnia and Herzegovina because I knew nothing much about the place. Turns out it’s now one of my favourite places in the world.

Our guide lived in Sarajevo and knew the place inside and out. I felt like we had a really localized experience, and I loved every second of it. 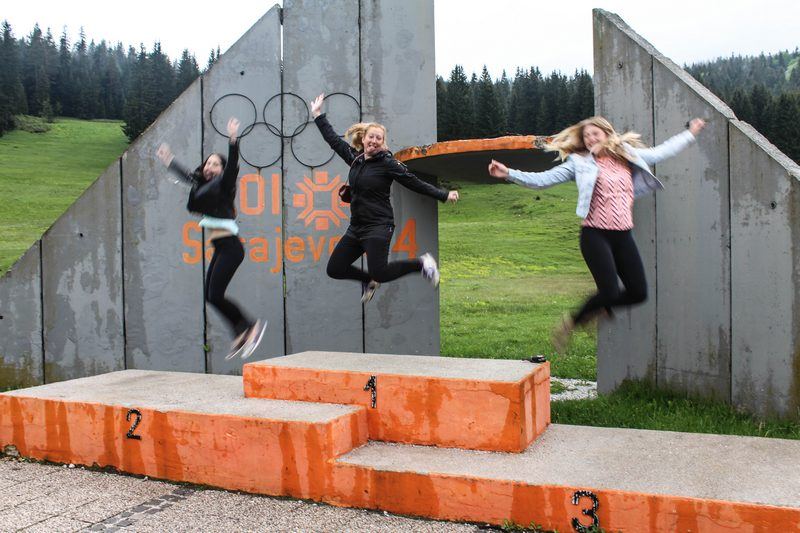 What was the most memorable or eventful part of your trip to the Balkans?

I knew very little about the Yugoslavian War before arriving. I just knew that Bosnia had been through hell.

We were supposed to do a walking tour around Sarajevo with a certain guide, but he failed to show up. So our main tour guide, Mustafa (who had been driving us around all week), decided to take matters into his own hands and led us on his own tour.

He had lived through the siege, and hearing firsthand his experiences was absolutely chilling and mind-blowing. He had become our friend in a short amount of time and we had no idea he lived through such horrors.

Tour guides are such incredible fountains of knowledge.

On my first tour, the one through Albania and Greece, I ended up on a bus with a small group of people who were super nice but a lot older than me. Med Experience is geared towards 35 year olds and under, but sometimes they open their doors to older passengers on the off-season.

I hadn’t known this, and although it probably wouldn’t have swayed my decision to join the tour, I was still a bit disappointed to not find young travellers to bond with. I was the only solo traveller.

Cevapi! It’s like minced meat stuffed into a grilled pita, covered with a sort of thick sour cream. SO GOOD. And definitely not for vegetarians.

What inspired you to take this tour or travel to the Balkans?

I honestly just happened to be in the right place at the right time, but I’d definitely do it all over again.

Yes, absolutely. There’s nothing I’d change about it, other than maybe a little more transparency about their looser age limits during the off-season.

Definitely. If you’re not into the huge groups (like Contiki or Top Deck), this is for you.

Bio: Candice Walsh has been a freelance writer and travel blogger for over seven years. She’s from Newfoundland, Canada but is currently living in Berlin, Germany. You can find her at FreeCandie.com, on Twitter, Facebook or Instagram.