How to Deal With Bathroom Travel Hassles

It’s something we all have to deal with on a daily basis. We all go to the bathroom. Hopefully we all shower on a regular basis. People do these things in other parts of the world, so dealing with bathroom issues shouldn’t be a big deal when you travel, right? Wrong.

Like so many other parts of a culture, what you view as normal might be completely different in another country. Since you can’t avoid the bathroom for your entire vacation, I’ve put together advice I’ve collected from my travel experiences to help you deal with bathroom travel hassles. 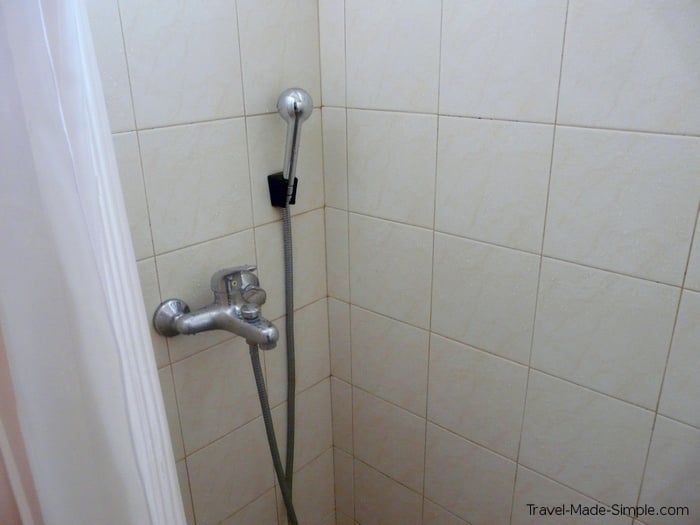 Let’s start with something a little less scary – showering. You’re probably used to having the shower sprayer firmly anchored to the wall at a decent height above your head. Maybe you have the kind with the hose that comes off the wall, but it still hooks to the wall well above you.

This isn’t always the case in other countries.

In Europe, I have often come across showers where the nozzle is the hose type, and it either attaches to the wall much lower than we’re used to, or not at all. This means you have to hold it above your head to get your hair wet, rinse out the shampoo, etc.

I find it easier to turn off the water in between each step of the showering process, otherwise the hose moves around like a snake and sprays water in inconvenient directions. It’s a little annoying, but easy enough to deal with.

In Southeast Asia, there seem to be a lot of bathrooms without a proper tub or shower stall. (I’ve also experienced one of these showers on a trip to Italy, so you never know.)

The shower nozzle is usually the hose type, and it may or may not be hooked to the wall at a height you’re used to. Either shower as you would at home or, if the nozzle is lower, shower as I described above.

The thing to be aware of here is that you will probably get the entire bathroom wet. Maybe the locals are better at dealing with this type of shower, but I could never figure out how to avoid soaking the whole room.

So before you get started, find a good place for your towel so it stays dry, and try to minimize the amount of clothing you bring in the bathroom with you. Take the toilet paper and anything else you don’t want getting wet out of the bathroom.

Various cultures have developed different ways of dealing with going to the bathroom, and some might seem a little scary or gross to you. Just remember, people in other parts of the world also find our toilets unpleasant.

In many parts of South America and Asia where they do have western toilets, they often aren’t equipped to deal with the toilet paper. Their pipes are more narrow, and toilet paper can easily clog up the toilet.

You will find a garbage can next to the toilet, that’s where you put your toilet paper. (I’ve seen these while on a trip to Greece too, so again, it could pop up anywhere.)

>>Read: Can you take disinfectant wipes on a plane? Plus how to disinfect your airplane seat! 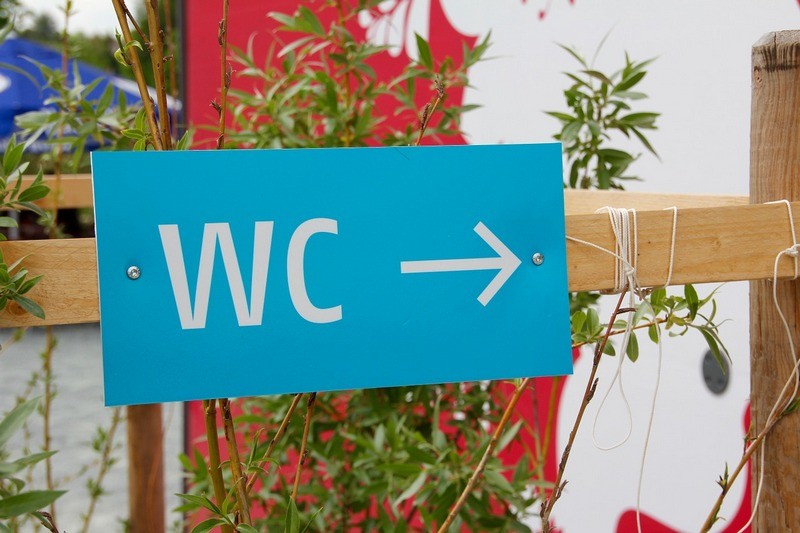 In much of Asia, they don’t use western toilets – the kind you sit down on. They use the squat toilet, which is basically a hole in the ground.

These toilets usually can’t handle toilet paper, so be sure to throw yours in the garbage can. Some squat toilets have a sprayer for cleaning yourself up afterwards because they don’t use toilet paper.

Squat toilets were once my biggest travel fear. I still insist on staying in hotels or guesthouses that have western toilets, but I have gotten used to using squat toilets in public restrooms.

Things to Bring With You

Unless you plan on staying exclusively at luxury hotels, I highly recommend bringing flip flops with you. In some places, the bathroom might not be as clean as you’d like it to be, and flip flops will be your best friend when you take a shower.

Some people will never have any issue with going barefoot in the shower, but you might not be so lucky. I once skipped the flip flops because we had a room with a private bathroom in our guesthouse, but I still ended up with athlete’s foot, and that is NOT fun.

It’s also a good idea to always carry tissues or even toilet paper. Public bathrooms all over the world will frequently run out of toilet paper or sometimes not even stock toilet paper.

Those tissues will come in handy whether you’re in rural Cambodia, in the center of Paris, or on an airplane.

I also started carrying a roll of toilet paper in some areas because the guesthouse might not give you very much, and running out in the middle of the night is never fun. I don’t worry about this much in Europe or Australia, but in some parts of Asia or South America, it can’t hurt to be prepared.

When looking for public restrooms, always bring a little money. Lots of places charge you to use the bathroom, and it has nothing to do with the geographical location you’re in. You will find these in modern cities in Europe as well as a random pit stop on the side of a dirt road in Laos.

It’s usually not expensive, but some will charge you extra for toilet paper. But you thought ahead and brought your own tissues, didn’t you?

And don’t expect having to pay means the bathroom will be clean. The price and the cleanliness are often unrelated. 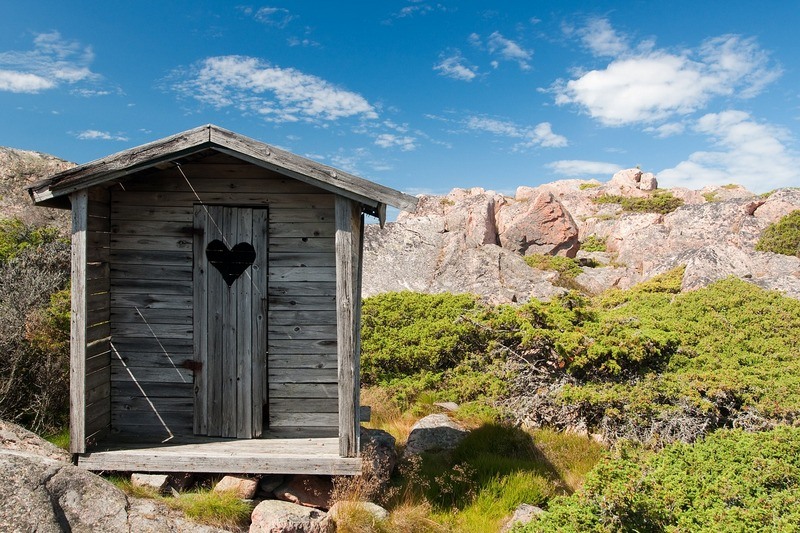 Bathrooms can be scary in other parts of the world. They might have toilets you’re not used to or showers you can’t quite figure out. Toilet paper will turn into a luxury instead of something you take for granted.

But these fears should not stop you from traveling. Just think of it as part of the adventure, like dealing with a language barrier. With the right mindset and a little preparation, you can handle these strange bathroom travel hassles just like I did.

Here’s more advice to prepare for your trip: 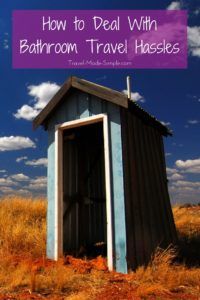